Nx motion joints use to define constrained motions between motion bodies in the mechanism. Joint motion is always defined as the motion of the action body (the first link in the joint definition, also called i marker) relative to the base body (the second link, or j marker).

Where do I find it? 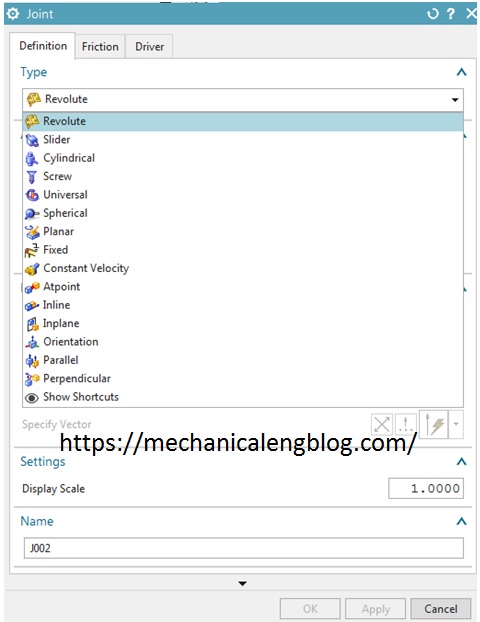